A recent event held by the Pembrokeshire Coast National Park Trust gave supporters old and new the opportunity to learn more about its work and impact over the last two years.

Held at Oriel y Parc Visitor Centre and Gallery in St Davids, the event featured several guest speakers, who provided updates on how over £100,000 raised by the Trust has been used on projects benefiting people and places in the National Park.

National Park Authority Biodiversity Officer, Sarah Mellor, spoke about tackling invasive non-native species using a river catchment approach. Now in its third year, dramatic progress has been made and many areas are now classed as being under control.

A fabulous video created by one of the schools that benefited from the Outdoor Schools project was shared by Pembrokeshire Outdoor Schools Coordinator, Bryony Rees, as she gave a review of outdoor education work in the county.

A talk was also given by Vicky Squire, National Park Authority Pollinator Warden, who focussed on the People, Paths and Pollinators project. As a result of Trust support and fundraising, the pilot project, which puts pollinator-friendly practices at the heart of Coast Path management, has now been extended along the entire 186-mile Pembrokeshire Coast Path.

It’s hoped that a similar event will be organised for 2022.

The Charity would like to thank the team at Oriel y Parc for hosting the event and the on-site Pilgrims Café for supplying fantastic refreshments. 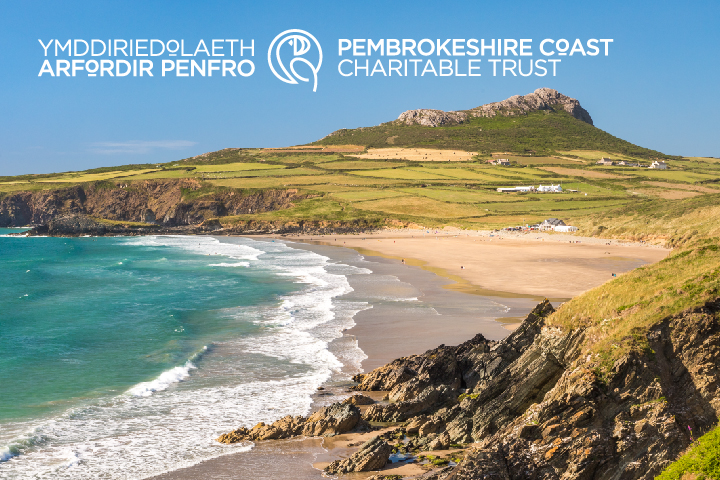