Barbastelle bats are classified as vulnerable worldwide (according to the IUCN) and are on the red list of British mammals.  There are only two breeding populations known in Wales, both of which are in Pembrokeshire.  They breed in ancient, semi-natural woodland, using splits and cracks in (mostly) oak trees to roost.  They favour woodland with a dense understorey of holly to maintain a stable microclimate around the roosts.  They are specialist predators of moths, and are able to catch the moth species that hear most bat echolocation calls and hide away to avoid being caught – Barbastelles use frequencies above and below those that the moths can detect.  They need a diverse landscape with well-connected woodland, wet meadows and species-rich grassland.  They will avoid areas with artificial lighting.  Each bat will travel up to 20km from its roost in a night to forage, and they move between roost sites every couple of days.

The Pengelli Forest population of Barbastelles was discovered 20 or so years ago.  In early 2019, the Pembrokeshire Bat Group started looking around the Eastern Cleddau estuary in earnest, after many years of casual records being gathered.  After 7 months of recording, and over 2800 ‘bat detector nights’, there was enough information to justify a radio-tracking project.  6 bats were tracked for 6 days, resulting in the discovery of 51 barbastelles comprising three different maternity groups.  During the 6 day period the bats foraged over 80km2 of surrounding countryside.  Their year-round use of the landscape is likely to be much more extensive and shows the importance of maintaining species-rich habitat mosaics across Pembrokeshire. 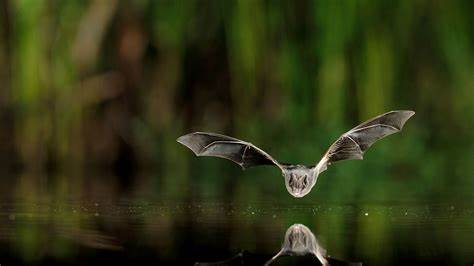