A good year for Pembrokeshire’s pollinators

Despite being an annus horribilis for most, 2020 has turned into a promising year for pollinating insects along the Pembrokeshire coast, thanks to the People, Paths and Pollinators project.

Supported by the Pembrokeshire Coast National Park Trust and Stena Line, the three-year pilot which aims to enhance biodiversity along the Newgale to Abereiddi stretch of Coast Path has made considerable progress since being set up just over a year ago.

During that time over 25 miles of Coast Path have been surveyed for pollinators, with the goal of identifying areas that can be improved in order to provide a better habitat. Placing biodiversity improvements at the heart of Coast Path maintenance will enable connectivity for species, as well as support access and coastal grazing.

Over 200 volunteer hours have been contributed to the project so far through pollinator surveys and other more manual jobs such as scrub clearance and over 200m of bee bank creation.

Wardens were particularly busy over the winter months, breaking up roughly 2000m of Coast Path wind tunnels before the bird nesting season.

The most pleasing outcome so far has come via the results of a bumblebee survey carried out on a transect of St Davids Airfield after lockdown restrictions were eased. In three hours, six different species and over 150 bees were recorded.

Pollinators are a fundamental component of our biodiversity, and insects are responsible for 90% of crop pollination. Not only do they pollinate food crops but they are also vital for the survival of plants that support much of our wildlife.

Park Authority Pollinator Warden Vicky Squire said: “I was very lucky this August to finally find two spikes of Autumn Lady’s Tresses Orchid (Spiranthes spiralis) near the Coast Path at Porthclais. These are rare, delicate-looking orchids that are generally found on calcareous grasslands. They favour short turf and their decline has been linked to the intensification of agriculture. Now that specimens have been found again at Porthclais, 10-15 years since they were last recorded, we are hoping to work with the National Trust this winter to improve habitat conditions for it to thrive. 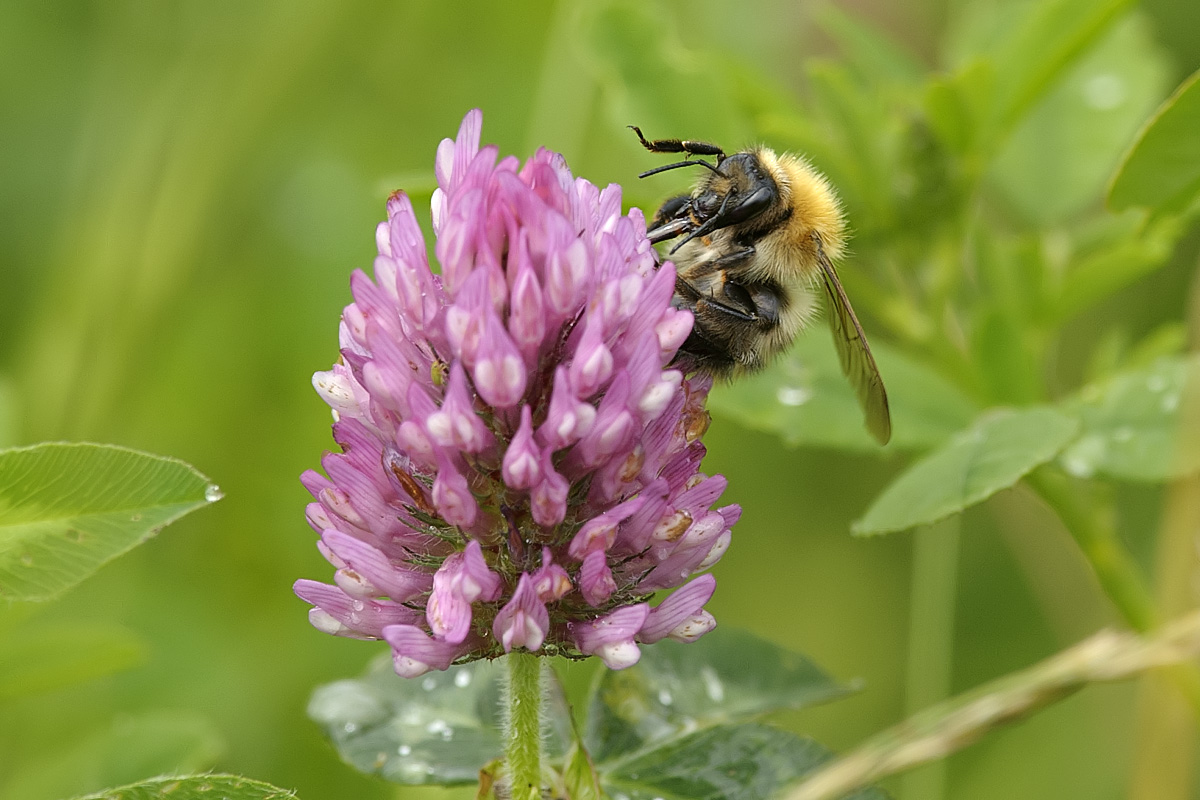